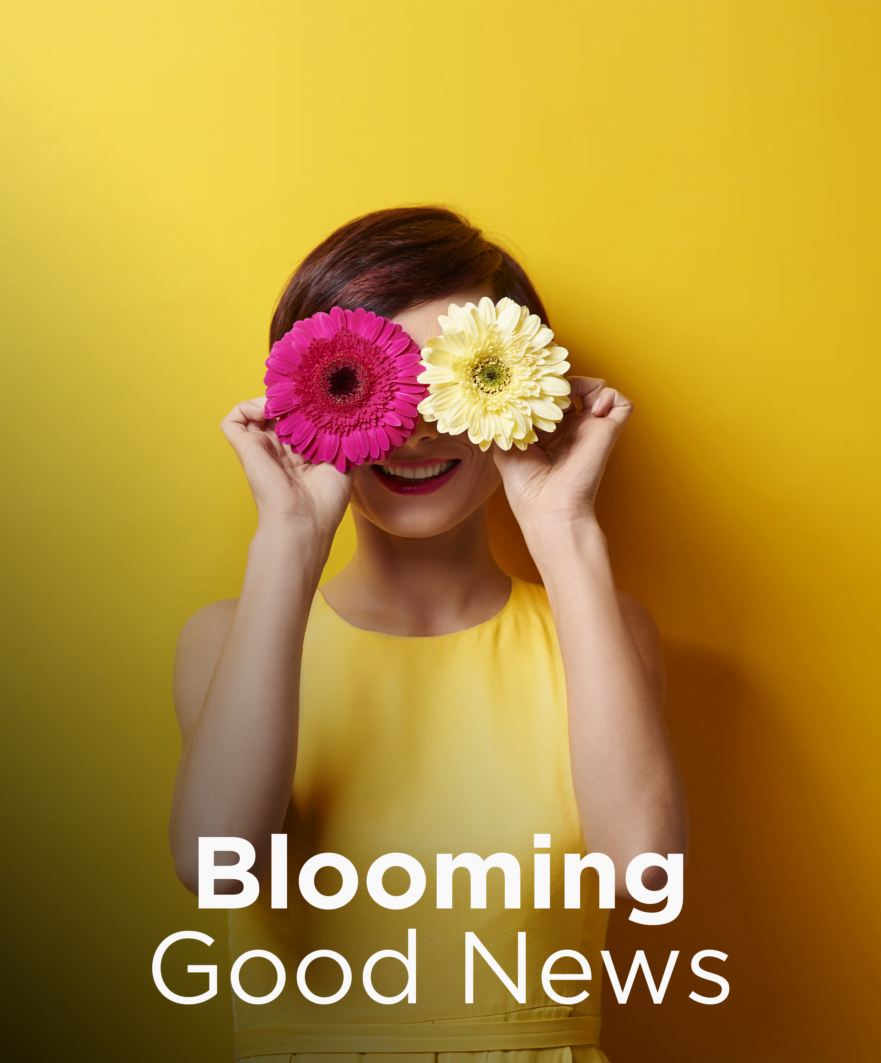 As the flowers respond to the warmth of spring in the air and begin to bloom, creating carpets of beauty on the west coast of our beautiful country, one of our Partner schools, Melkbos Private School which is located on a farm, took their Foundation Phase for a stroll in the Canola fields.  The photographs that they posted on their Facebook page captured the utter joy of being in nature.  During a season of great sadness and trauma, as we join colleagues around the world coping with the dramatic effects of the pandemic, the photographs lifted spirits.

What is it about the smile on our faces that make our mirror neurons connect?  Well, it has a lot to do with COVID.  Just as this dreaded Delta variant is highly contagious, the human smile is neurologically contagious.  One smile triggers a rush of neurological activity.  Just one smile, according to Dr Isha Gupta, from IGEA Brain and Spine, ignites a chemical reaction in the brain and dopamine and serotonin are released.  Dopamine is often referred to as the reward drug and serotonin as the calming drug.  When our dopamine and serotonin levels are low, we risk depression.

Imagine the amazing therapeutic assistance we could get from just…smiling.  Now smiling is normally a result of being happy.  What if you are not happy?  What in the current situation you are experiencing is making you feel really sad? This is where the good news lies.  By faking a smile we can trick our brain to think that it is happy.  This trick involves physically faking a smile so that the brain starts igniting the reward drug (dopamine) and the calming chemical (serotonin) in our brains. These neurotransmitters fire and neurons that fire together – wire together.  Happy pathways are laid in our brains.

And just when you thought the author of this article was losing the plot, along comes Dr Sivan Finkel, a cosmetic dentist who showed, using a study from the University of Cardiff in Wales, that people who had botox in their foreheads – and therefore could not frown, were happier than those who could frown.  Yes, the physical inability to show a miserable face created a happy person.  Now, I am sure there are some readers wondering if they could sponsor some botox for miserable colleagues.

The studies keep rolling in.  Smiling reduces the body’s response to stress as well as lowering the heart rate in tense situations.

Now there are two types of smiles

The Standard Smile:  This smile is produced using the muscles around the mouth. It is often called the “Say cheese!” smile.  Those of you who like to capture family photos hate the “cheese” smile because it really looks fake.

Tara Kraft and Sarah Pressman, two psychological scientists proved that if you ‘fake a smile’ using the old adage of  “grin and bear it” during stress induced experiences, you can improve the effect of the event on your health.  They made use of three groups and tested heart rates and self-reported stress levels during two stressful tasks.  Group 1 had to do the task without any information regarding smiling. Their faces can be described as being neutral. At best – they are like many of your colleagues.   Group 2 had to do the task with a chopstick clenched sideways between their teeth, forcing their mouths to take on a smile but without being given any input regarding smiling during the activity.  Group 3 were instructed to consciously smile throughout the stressful tasks.

The positive effect in Group 3 was astounding.  Smiling during brief stressors can help reduce the body’s stress response.  What was more interesting was Group 2, with the chopsticks clenched between their teeth in the “grin and bear it” mode.  This group also had a good response compared with those who never smiled.

The Good News – As you face each day at school, dealing with the most enormous disruption of your lives – hold a smile and help your heart health.  We need our educators to take good care of themselves.

Smile – and the whole world smiles with you!