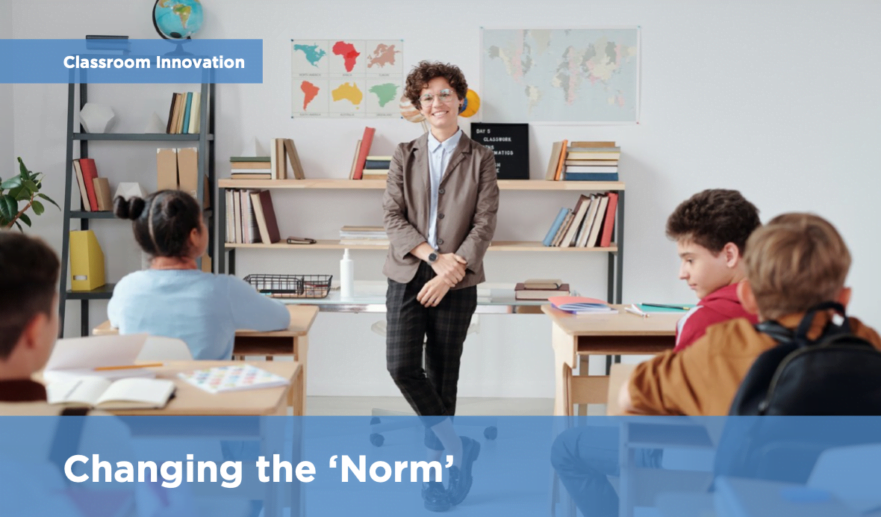 We know that there is good stress (eustress) and bad stress (dis-stress).  We want to avoid/remove bad stress at all costs and allow sufficient good stress to accelerate the learning.

Let’s start at the beginning.  Change is difficult and If not carefully managed,  produces stress.  We know that there is good stress (eustress) and bad stress (dis-stress).  We want to avoid bad stress at all costs and allow sufficient good stress to accelerate the learning.

Environment impacts brain plasticity.  That means, that the school environment, along with the home environment changes the shape of the brain.  Remember, the brain is like play dough.  It can change very easily.  It is designed to adapt in order to survive.  A particular part of the limbic brain – what I like to call the emotional brain – is called the hippocampus.  In my simple explanation in my book, Zip the Crocodile (Keller, 2020) I refer to the hippocampus as the switch that determines whether incoming data is allowed into the pre-frontal cortex, the Thinker – or as I call it, the CEO of our brains.  The hippocampus is highly susceptible to plasticity.  In Zarif et al. 2017 work, he raised rats in an “enriched environment” which he refers to as EE.  His research clearly showed that when the environment is enriched, learning and memory aptitude is increased and anxiety is decreased.

Now remember, the research was carried out on rats who are used by scientists as models for human neurological and psychiatric disorders.  Rats are particularly useful as their complex and collaborative social interaction is similar to human social behaviour.

C = Cortisol – This drug is what we are going to call the ‘uh-oh’ drug.

My little 18 month grandson uses it whenever he has dropped something or knows that he has done something wrong.  He looks up and says, “Uh-oh”!   In the classroom we want to limit cortisol as much as possible.  It brings with it a lot of uncertainty, a loss of status, confusion and fear.  When we produce a little cortisol it does increase the level of accountability, but my experience is that we can generate the production of numerous other brain drugs to achieve the same or better results.  So avoid CORTISOL in a CASeD class.

A – Adrenaline – This is the Yikes drug.

When used carefully, generating adrenaline in your classroom can be very useful to influence the plasticity of the brain.  By setting time deadlines, the adrenalin will push students to complete the task on time.  Getting them up and doing a dance (like the rats running on the wheel) will produce adrenaline especially if it includes laughter.  The more we do these activities, the quicker the class returns to work after the activity.  Playing music in your class with a high beats per minutes ratio will get the “Yikes” going.

This is a powerful calming drug that can so easily be produced by doing a breathing activity with your class or taking them on a guided daydream and allowing their negative thoughts to pass in and then escorting them out of their minds.  This is the super-duper wellbeing drug.  It makes us all feel that we have a positive social status and is produced with familiarity.

Teachers need to watch out when they are absent and a relief educator is sent to their class.  An unknown face has a dramatic effect on the serotonin and will impact the learning aptitude of the students.  Relief teachers need to design the first 10 minutes of the lesson very carefully to make sure there is an Aaah sensation.  If you are looking for a quick injection of serotonin, do some physical activity with the class.  Make them feel safe and assure them that you will be handing out the model answers at the end of the lesson.  “Aaah!  I can learn in this teacher’s class!”

Teaching requires a massive amount of energy if we are going to get it CASeD.  If you are not fit – get out of teaching now!

This pleasure drug literally changes the brain structure within a lesson.  It is produced when problems are solved.  Teachers need to design lessons where the answers to the first few questions can be easily found so that dopamine is in the system.  Place students together in collaborative groups where they are required to co-operate, and produce dopamine. Routine repeated gross motor activities produce dopamine.  Celebration of achievement, giving a student a “Silent Cheer!, or an imaginary class “Praise Sprinkle”, a round of applause or a “High 5”, all produce this essential drug that changes the brain chemicals and in turn changes the shape of the brain.

Dopamine is an amazing drug.  It has a powerful effect on the brain.  The brain has been designed to chemically reward itself for many behaviours.  The first time you reward a child, the brain will produce dopamine and this causes pleasure.  Watching grandchildren grow up, having this knowledge of brain science, explains it all.  When they are rewarded for achieving an attainable goal, the dopamine causes a fascinating response.  They literally glow.  Once they have experienced the effect of dopamine, the brain predicts the pleasure and it is the prediction that causes the brain to release dopamine.

During a time of great upheaval in our society and specifically our schools, we have to have our teaching CASeD.  Let’s get the dopamine, serotonin and adrenalin pumping and limit the cortisol exposure.  This requires a lot of energy, but it is required in order to remove bad stress from our classrooms.