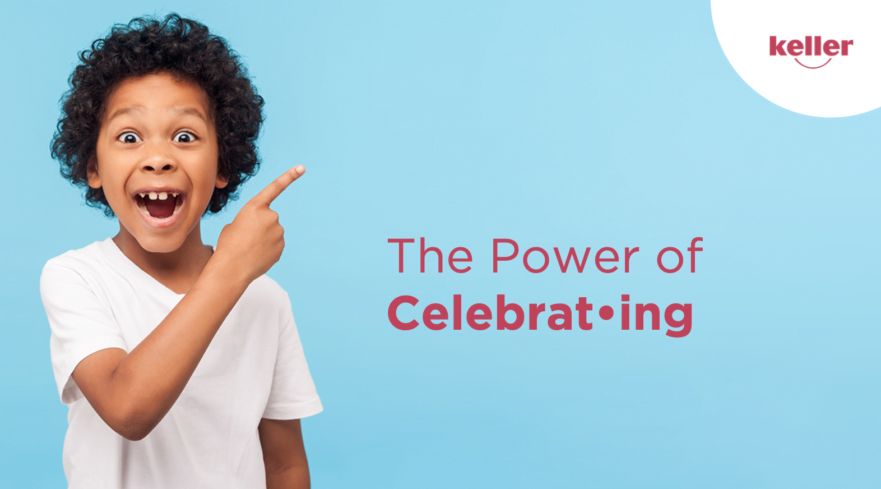 Unmotivated students are not likely to learn much at school.  If this is true, how do we move them all into the motivated group? Student’s self-determined motivation is associated with higher academic well-being, persistence and achievement.  It’s time we re-think the Power of Celebrating.

The self-determination theory suggests that it involves:

1. The social context of teachers and parents.

2. The individual student needs of autonomy, belonging and competence.

We all want intrinsically motivated students at the highest level.  The question is how do we achieve this?

The theory suggests that the goal is for students to be channelled into the top two levels of academic motivation; firstly,  Intrinsic motivation – which is kindled by pure enjoyment and interest in the material being relevant and meaningful, and secondly, Identified Regulation which is explained as persistence orientated goal setting.

In the self-determination theory there are five levels of academic motivators.  It is the top two that we want to ensure that our students occupy.  Not all of them will just love the work that is being covered, but all of them can, with the assistance and guidance of their educator, design Goals which will regulate their intrinsic motivation.

The third level involves Shame, Approval and Ego.  It is powerfully used in the punishment systems in our schools.

The fourth level is also commonly used in most schools.  We tend to reward good behaviour and punish bad behaviour and heap shame on those who are not engaged in the subject we teach.

The paper published in September 2021, Pathways to Student Motivation: A meta-analysis of antecedents of Autonomous and Controlled Motivations, the authors conducted this meta-analysis of over 144 studies and more than 79 000 students in order to verify

The paper was only published in September this year and the results are fascinating.  Julien Bureau from the Université Laval, Joshua Howard from Monash University, Jane Chong from Curtin University and Frédéric Guay also from Université Laval waded through 144 studies representing 79000 students from primary school level to university.

In one of the biggest meta-analysis of motivation data, this team have brought us amazing news.

When it comes to asking the question, Who is the primary motivator of students, teachers or parents?, teachers presented as having the biggest impact.  Teachers are more influential and have more tools in their teaching toolkits to ignite student interest and enthusiasm in learning.  Parents are very important, but they are simply not enough.

When it comes to asking the question, Who is the primary motivator of students, teachers or parents?, teachers presented as having the biggest impact.

The second finding was also fascinating.  In the original self-determination theory the ABC was always considered to be the psychological needs of the individual.  These involved:

A  = Autonomy – having some level of say and choice in the material being covered and how it will be presented.

B  = Belonging – being part of a creative, caring, community where the wellbeing of the student is paramount

C = Competence – Confidence that their actions will be impactful in shaping their academic success.

The meta-analysis jumbled the ABC of self-determination theory to CAB.  The most important psychological need of the individual student was competence.

Before a student can even begin to be motivated about a unit of study, the student must feel competent.

This means unpacking the true meaning of competence.  For too long educators have regarded competence as proficiency.  In this meta-analysis it seems that competence means something slightly different.

The feeling of competence is determined by a confidence that you are capable of being competent.

This opens up a whole new field when it comes to pedagogy.  Gone are the days of, “You can’t do Maths!”, or “Languages are not your strength!”  Rather, this research is proving that the role of the teacher is not only the subject specialists, but the belief specialist – the one who insists that the student has the ability to be competent.

The new self-determination model looks something like this slide used in a recent presentation:

The teacher is the primary supporter of student autonomy to be intrinsically motivated.

The psychological needs of the student is firstly the belief that they can and are able to be competent, then they need a high level of autonomy (choice) and finally they must be part of a creative, caring community.  This opens up two areas for academic motivation.  Either they engage with the work because they just love it and are fascinated to learn about it, or they identify ways to regulate their interest by setting goals.

In one of the Keller Education Training Topics for 2022: Classroom Management that Works, we will delve deeply into setting goals because of its role in kindling intrinsic motivation.  The result, an entire class of students who are motivated, not by reward or punishment, but by self.

How do we do this?

Listen: Plan time to listen to students and respond with empathy. We spend far too long talking as teachers.  Always keep W.A.I.T in your mind. (Why am I talking?). Despite an overloaded curriculum and incredibly demanding work schedules, there is no point covering all the work if students don’t uncover the opportunity to think deeply.

Put it on Display: Display what competence/proficiency looks like and sounds like.  Tell stories of how others presented the task and show exemplars as inspiration to achieve their own goals.  Allow students to set goals that are hard to achieve, because it is the struggle that grows neural pathways, not the regurgitation of the known.

Define Rules: Clearly define the rules and boundaries of the tasks so that there is no misunderstanding. Too often educators don’t provide access to the big picture.  Expectations are not clearly set. This complicates a sense of competency.

Teach Goals: Teach students how to generate their own goals which may even exceed what competence looks like.

Provide Choice: Provide sufficient choice so students genuinely feel empowered by the fact that the task is relevant and meaningful.

Many will argue that this research is good in theory, but impossible in practice.  We disagree.Professional educators are not disheartened by the apparent brick wall of the overloaded curriculum or bureaucratic threats. The student is the most important client. Their belief that they are able to do the work will determine their competence in the unit of work.

Never stop celebrating the process of the student.